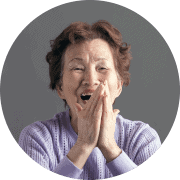 A brisk 30-minute walk could do more than boost the step count on your smartwatch. It could significantly reduce your risk of developing Alzheimer’s disease.

“We know that regular physical activity is critical to healthy aging. It strengthens muscles, improves heart health and can prevent or delay many age-related conditions,” said Sierra Goetz, co-founder and operations manager at the HomeCare Advocacy Network (HCAN). “Scientists are now learning that keeping fit could also reduce the risk of developing Alzheimer’s or another form of dementia.”

A recent, break-through study led by clinicians at the Washington DC Veterans Affairs Medical Center found that people who maintained a regular exercise routine could slash their risk of developing Alzheimer’s by a third.

“The idea that you can reduce your risk for Alzheimer’s disease by simply increasing your fitness level is very promising, especially since there are no adequate treatments to prevent or stop the progression of the disease,” said Edward Zamrini, MD, lead author of the study.

The study involved 649,605 military veterans with an average age of 61. None of the participants showed signs of Alzheimer’s disease at the start of the study. Researchers divided them into five groups based on fitness level (determined by a treadmill test) and monitored them for nine years.

“One exciting finding of this study is that as people’s fitness improved, their risk of Alzheimer’s disease decreased – it was not an all-or-nothing proposition, Zamrini said. “So, people can work toward making incremental changes and improvements in their physical fitness and, hopefully, that will be associated with a related decrease in their risk of Alzheimer’s years later.”

“There are 1,440 minutes in a day. We can all find 30 minutes to walk briskly in order to prevent Alzheimer’s disease,” said Peter Kokkinos, PhD, Director of Human Performance and the Cardiometabolic Health Unit at the Washington DC VA Medical Center. “Prevention is always better than the treatment.”

For information about all of the services HCAN caregivers provide and to find an office near you, visit hcanthrive.com.